For more than 2,000 years, the Eternal City has received a lot of attention and remains one of the most magnificent and romantic cities in the world. Rome is dolce vita in a concentrated state: clothing shops of Italian designers, sweet pastries, ice creams, foaming cappuccino and fine wines – you can make your own choice.

What is better to start with? Can you even retell the history of the Eternal City? It is hardly possible in a couple of words. In any case, it is worth mentioning the most important date: April 21, 753 BC. This is Rome’s founding day for Romulus, who has recently killed his twin brother Remus. Over the next few centuries, the small city state transformed itself into a powerful empire. The heyday of Rome is the time of the reign of Marcus Augustus. 161-180 years A.D.. Like ancient Rome, the modern city is based on 7 hills: Aventine, Viminal, Capitol, Quirinal, Palatine, Caelius and Esquiline. The central areas are located on Campo Marzio, where you can also find the most famous sights. World famous are neighborhoods such as Trastevere, on the opposite bank of the Tiber, and Monti. It is definitely worth visiting the Pigneto district, considered the most “Roman”. 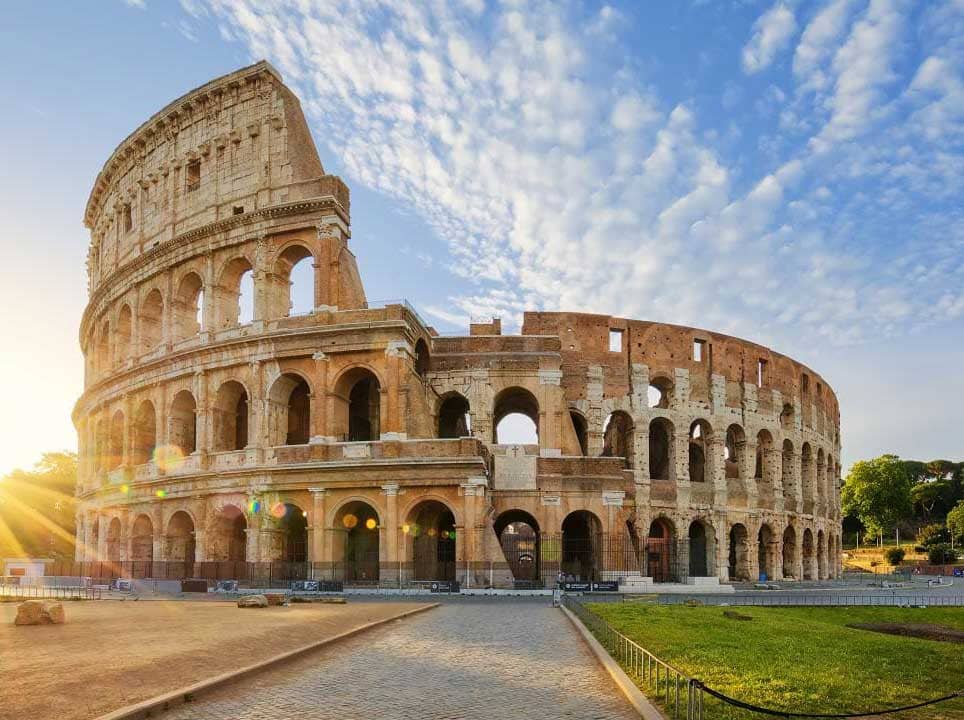 No other object symbolizes more the fame and technical skills of ancient Rome than the Colosseum. The Arena in the heart of Rome is the largest building ever built by the Romans. It covers an area of about 190 x 155 meters. It takes more than half a kilometer to go around the gigantic ancient stadium for 50,000 spectators. The height of the stadium, completed in 80 AD, is just under 50 meters.

The Colosseum is the most popular symbol of Rome and the symbol of the capital of Italy. It is very common at the entrance to hit and wait a long time. The gigantic number of 19,000 visitors a day is reached for the Colosseum (on average, in summer much more, about 7 million visitors each year). This makes the Colosseum the most visited attraction in Rome, which costs entry.