A fun and light-hearted tour, visiting an extraordinary garden, and one of the World Monuments Fund’s top 100 most endangered sites. 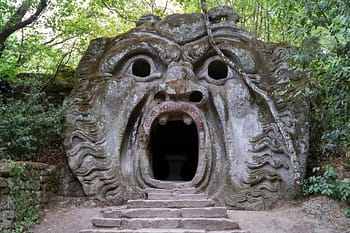 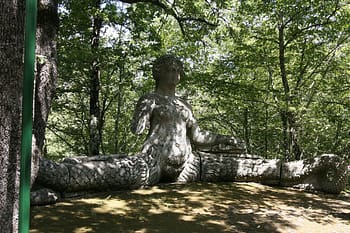 Day Trip from Rome by Car

A fun and light-hearted tour, visiting an extraordinary garden, and one of the World Monuments Fund’s top 100 most endangered sites.

Il Parco dei Mostri, also known as the Villa of Marvels, is a beautifully designed garden and woodland dating back to the 16th century. The monumental “Monster Park” is populated with giant dragons, snakes and lions with three heads; killer whales with gaping mouths, elephants, gods, heroes and some rather disturbing figures. But have no fear, they’re all gigantic sculptures carved from rock, not the real thing.

Moving on to a rock of another kind. Founded two and a half thousand years ago by the Etruscans, today the tiny hilltop village of Civita di Bagnoregio, is a precious and protected site. An island in the sky, the village sits on a plateau from which many of the residents fled following an earthquake at the end of the 17th century. Today, the crumbling plateau has been reinforced and once again offers people an unspoilt and simple way of life.

Come and visit for yourself to see why this area on the border between Tuscany, Lazio and Umbria is so special.

VIEW ON MAP
Bomarzo and the Monster Park

€105/Each person
For more information fill out the form: