Full of life and color, the Hiroshige exhibit is a sight to see. With blue colored walls that guide the visitors from one room to the next, you’ll be immersed in the Japanese art world.

Utagawa Hiroshige, also known as Andō Hiroshige, was born to a low-rank Samurai family, and was set to takeover the business after losing his parents at the age of 12. However, once he found the art world, there was no going back. Gaining fame as he, and his art grew, Hiroshige was admired from all corners of the world. In particular by Vincent Van Gogh that often quotes him in his letters to his friends as he discusses the unique talent displayed by the Japanese artist(s).

The exhibition showcases more than 200 artworks that have been brought to the Scuderie del Quirinale by private collections from Italy, Japan, and the United States. Known for his mastery in painting snow, rain, and nature in general, it’s quite special being able to admire the art up close. Feeling almost as if part of the painting, Hiroshige was able to reify what it feels like when you’re outside, and surrounded by nature. 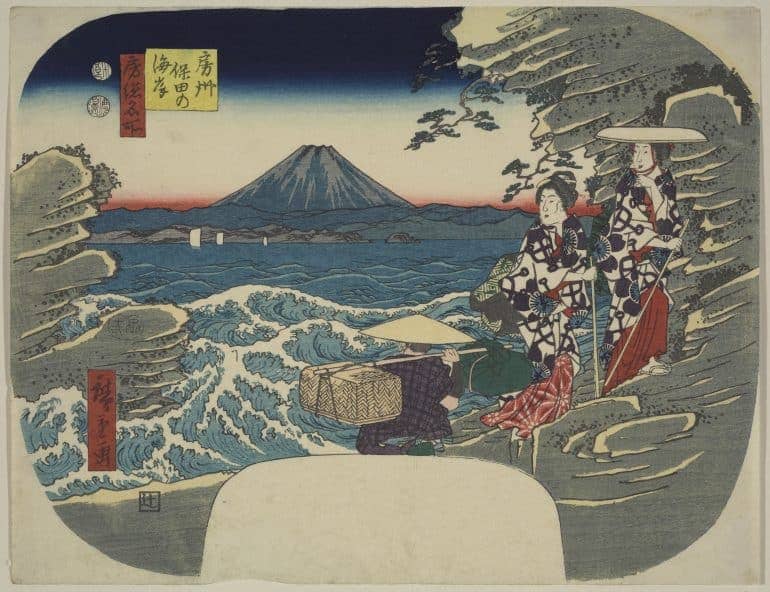 Whether that be caught under a sudden rainstorm, trekking through snow, or just simply gazing up at rows of blossomed cherry trees, Hiroshige represents both the landscape and one’s emotions perfectly.

As you walk up the winding white stairs to the second floor of the exhibition, you are welcomed by another great looking room. Other than his famous landscape pieces, the Hiroshige exhibit also showcases two of the artist’s most famous series. The first series One Hundred Famous Views of Edo explores the landscapes found in Hiroshige’s hometown of Edo, modern day Tokyo. Considered to be his best work, the series was released in February of 1856 until the artist’s death in 1858. The second well-known series The Fifty-Three Stations of the Tōkaidō, instead shows the stations and the surroundings as one travels from Edo to Kyoto. 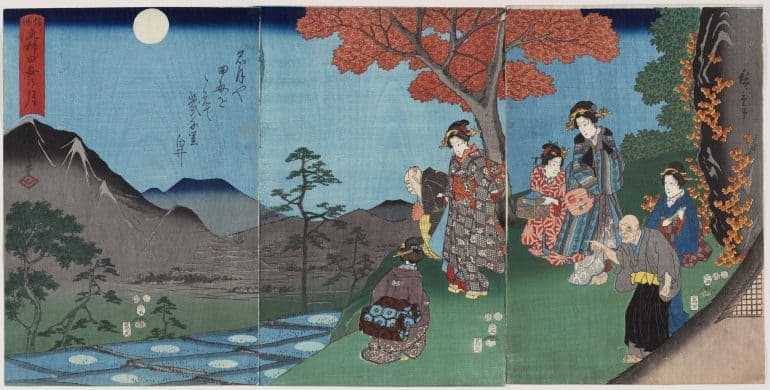 Hiroshige was a big fan of series, and often grouped his work when the themes were similar. Whether that be illustrations of flowers and fish, beautiful women, or parodies directed towards classic stories, Hiroshige knew what his audience wanted to see. A personal favorite and one of the most known parodies is the Chronicle of the Great Peace (Taiheiki). This work shows a battle between two peculiar parties; sake-bottle shaped warriors on the right, and rice mochi balls on the left. If you’re a fan of Japanese cuisine like myself, this is a battle that I would gladly take part in.

As you make your way towards the exit, you pass through a bright red corridor where some of Hiroshige’s poems are printed on its walls. A multi-faceted artist, the Hiroshige exhibit will leave you inspired and dreaming of the landscapes you’ve just witnessed.

WHAT TO EAT (A little guide to the authentic Roman cuisine)

HOW TO REACH THE CITY CENTER (upon your arrival, and back)

The Rock in Rome Festival